Satellite altimetry is quite useful to obtain surface ocean currents in the open oceans. However, its use is limited in coastal areas where small-scale and fast-moving phenomena are dominant and large ageostrophic influence is present, such as tidal and wind-driven currents.

Use of the satellite altimetry in coastal areas is examined in the Tsushima Strait between Japan and Korea.
Separation of ageostrophic components is studied by higher density observations of ocean radar systems.
Additionally, the sea surface height is directly measured by GPS mounted on a ferry “New Camellia” daily crossing the strait (left panel).

Such variations of the upstream Kuroshio is monitored by the ocean radars.
By the aid of the satellite altimetery data, merging of westward-propagating mesoscale eddies in the Pacific Ocean into the Kuroshio east of Taiwan is found to cause variations of the Kuroshio axis and speed northeast of Taiwan.
The above panels indicate temporaly-lagged correlation coefficients between the upstream Kuroshio speed (at the green broken line) and the surrounding sea surface height anomaly; when an anticyclonic (or cyclonic) mesoscale eddy merges into the Kuroshio at the southeast of Taiwan, it will be advected to the downstream, and will eventually cause the increase (or decrease) of the Kusoshio speed 40 days later. Coincidently, the axis of the Kuroshio moves southward (or northward).

1. “Study on the influence of global warming and rapid economic growth in the marine and atmospheric environments in the East Asia”, RIAM, Kyushu University

This project is conducted by Research Institute for Applied Mechanics, Kyushu University. Marine and atmospheric environments in the East Asia are monitored by various methods, and represented by numerical models. Using those models, influences of global warming and rapid economic growth are discussed.
My main concern is the monitoring of the volume transport in the Taiwan Strait by ADCP installed to a ferry New TaiMa.

Japan Aerospace Exploration Agency (JAXA) is planing a new
altimetry mission, called “COMPIRA”. This satellite will carry an interferometry SAR altimeter called “SHIOSAI” that provides maps of sea surface height (SSH), together with an ordinary nadir-looking altimeter.
We can expect better spatial and temporal coverage of SSH by COMPIRA, which will provide most benefit in coastal and marginal seas where small-scale and rapidly-moving phenomena are dominant.

This proposal consists of two major targets. The first and fundamental one is to evaluate performances of the Ka-band altimeter in the coastal region and to establish proper data processing methods for estimation of coastal surface geostrophic velocity anomaly, by comparisons with the high-resolution surface velocity data obtained by the High-Frequency (HF) radar system located in the Tsushima Strait between Japan and Korea. The other and advanced target is to study causes and effects of the velocity variations in the Tsushima Strait by extending the spatially limited observation area of the HF radar system using multiple AltiKa sub-satellite tracks.

The primary aim of this proposal is to understand variations of flow fields in the western North Pacific and surrounding marginal seas. Heat and volume transport of the Kuroshio and Oyashio current systems will be investigated by combining altimetry data with in situ observations and numerical models. At the same time, variations of the flow fields in the East China Sea and the Sea of Okhotsk will be also investigated. Those variations would be expected to have a possible relationship between the Kuroshio and Oyashio current systems, but they have not been described well due to their small-scale nature in marginal seas. Use of HF radar data with high spatio-temporal resolutions and improved accuracy of the altimetry data in marginal seas together with dense coverage by multi-satellite use would provide better insights of such variations. In this proposal, we shall continue in situ observations. They include hydrographic and mooring field observations, HF radars, and drifters. They are used for basic oceanographic studies, and may be eventually used as calibration/validation data for Jason-2/OSTM by any other OST-ST groups. Similarly, we shall maintain operational real-time Japan-GODAE data products produced by operating an ocean data assimilation system of JMA. Meanwhile, assimilated results from a more com-prehensive model will be used for basic studies.In addition, gravity changes due to huge oceanic motions such as a large Kuroshio meander will be examined by use of a dense network of accurate gravity field measurements in Japan. We intend to obtain new understandings of circulations in the western North Pacific through those aspiring studies.

The whole upstream Kuroshio is covered by international combinations of long-range ocean radars of the Taiwan Ocean Research Institute (TORI) and the Okinawa Electromagnetic Technology Center, the National Institute of Information and Communication Technology (NICT), Japan.Movements of the Kuroshio onto the continental shelf in the East China Sea are known to affect the suppliment of material and physical properties in the East China Sea.

At present, Global Navigation Satellite System (GNSS), such as GPS, are widely used. Its reflected signals at the sea surface often cause multi-path errors, but they would include some information of the sea sate. GNSS Reflectometry (GNSS-R) uses only GNSS receivers that measures reflected signals to observe the sea surface roughness (closely related with waves and wind speeds) and low-precision sea surface height (applicable to tides and tsunami).
In this project, GROWTH (GNSS Reflectometry for Ocean Waves, Tides and Height), sponsored by Japanese Ministry of Edication, Science and Culture, the accuracy and resolution of GNSS-R are studied by in-situ observations and GNSS-R from multicopters and NASA’s CYGNSS satellites.

The GROWTH team has been approved to join NASA CYGNSS Science Teams. 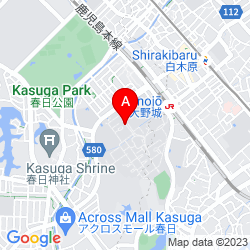